In a dangerous incident this week a 50-tonne crane rolled on a ramp at NSW mine after losing its’ brakes.

The NSW Resources Regulator has reported that a 50-tonne slew crane rolled while travelling down a ramp at an open cut coal mine. The incident occurred on the second successive long ramp of the journey.

It was reported that the crane lost brake function. The operator attempted twice to slow the crane by steering it into a windrow. No injuries were reported. Workers exited via the windscreen. 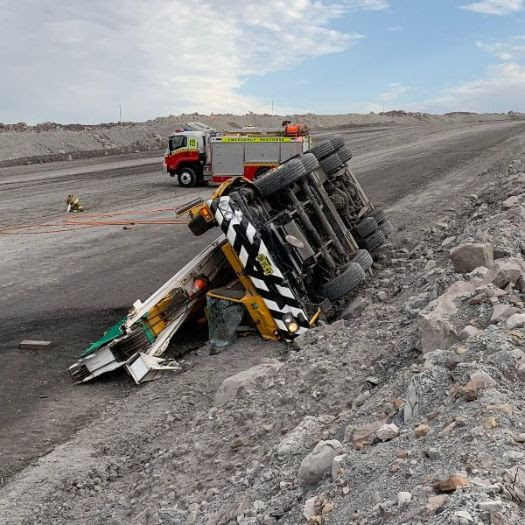 Recommendations to industry: NSW Resources Regulator inspectors attended the mine and issued a s195 prohibition notice preventing the crane from being recovered until appropriate risk controls have been established.
Before heavy vehicles are escorted into the mine, hazards of the travel route need to be assessed including the route to be taken, operating grades and vehicle interaction.
Appropriate means of slowing vehicles should be used to minimise braking including gear selection, exhaust braking and retardation.
Reference: Dangerous incident | IncNot 0033929
Read more Mining Safety News 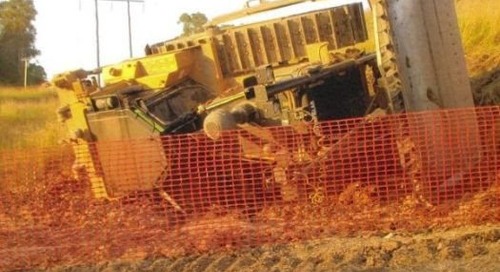 Dozer rolls on old bund | Warning on working on crossgrades

Work on a cross-grade of an old bund has resulted in another dozer rollover at a mine and operators have be... 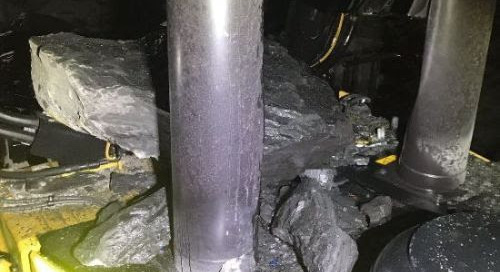 In a recent dangerous incident at a NSW coal mine, a dozer ended up with a large rock on the bonnet after i...