A runaway train in the Pilbara travelled more than 92 kilometres before being derailed by the BHP, causing a shut down of rail operations in Western Australia.

In a statement, BHP said the derailment was implemented from its Integrated Remote Operations Centre in Perth.

The centre controls the company’s Pilbara operations, including rail and port facilities.

The ATSB reported that is currently investigating a runaway loaded ore train, M02712, operated by BHP on its Newman to Port Hedland, Western Australia, railway on 5 November 2018. The damage to the train from the incident is reportedly substantial.

According to ATSB reports, the train, consisting of four locomotives and 268 wagons, stopped at the 211 km point (near Hester sidling). The driver alighted from the locomotive to inspect an issue with a wagon. While the driver was outside of the locomotive, the train commenced to runaway.

With no one on board, the train travelled for 92 km before being deliberately derailed at a set of points operated by the control centre, about 119 km from Port Hedland (near Turner siding).

In 2015 a similar incident occurred on the Port Hedland line that blocked both lines running to the port.

‘Sour grapes’ unfair dismissal | What not to do!

If you’re thinking about an unfair dismissal claim to seek revenge or inflict damage on your employer, you ... 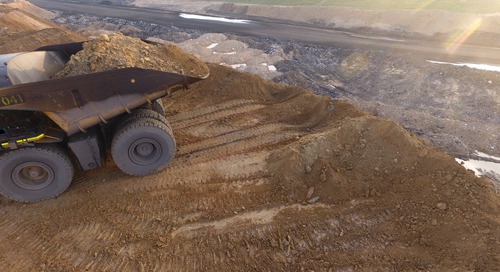 The NSW Resources Regulator has advised of an incident this week where a haul truck backed through a windro...