A foreign-owned company vowed to stamp out poor work conditions after authorities launched an investigation into its Australian operations.

Netherlands-headquartered Mammoet Australia promised there will be consequences if a contractor is found to have sexually assaulted a female colleague at Hancock Prospecting’s Roy Hill Mine, 370km southeast of Port Hedland.

“The incident is a police matter and has been referred to the police to be thoroughly investigated,” a spokesperson said in a statement to AMSJ.

“Mammoet has a zero-tolerance policy for sexual harassment and assault, as well as any other unwelcome physical contact. Mammoet assures full cooperation with the police investigation and, awaiting the results, responds with appropriate measures.”

The remarks came after growing media speculation about which company the accused works for. Seven West Media claimed Mammoet repeatedly failed to respond to requests for comment at the time of publication.

Roy Hill postponed disclosing details about exactly which parties were involved in the alleged incident, and only confirmed the accused was temporarily stood down from duty.

“Roy Hill will not be releasing the contractors’ names and will make no further comment while investigations are ongoing,” a spokeswoman said in a public statement.

“In conjunction with the contractor’s employer, the alleged perpetrator has been removed from site and is assisting the police with the investigation.”

The contracting company later broke its silence about the incident, which allegedly occurred on June 18.

“Mammoet has been informed of an alleged sexual misconduct incident that allegedly took place on a customer’s site on Saturday night, involving a Mammoet employee,” the spokesperson said.

“At Mammoet personal safety is our top priority.”

A widely anticipated final report will soon be released about Western Australia’s inquiry into sexual harassment against women in the fly-in fly-out (FIFO) mining industry.

Nearly 260 individuals claimed they suffered sexual harassment during their time at BHP, Rio Tinto, Fortescue Metals Group, DT Workforce and more. However, none of these employers faced litigation over “unequivocally unacceptable” failures in reporting such incidents at the time of publication.

“[The] mining industry has been saying it has cleaned up its act and that nothing further needs to be done [but,] if this latest incident is not a clear warning to the State Government that the sector still has deep rooted problems, I am not sure what is,” Australian Workers’ Union WA secretary Brad Gandy said in a public statement.

“Mining companies have again comprehensively failed to protect their workers from sexual harassment and failed to reassure them that they will act on their concerns. The government must make a stand and drag these belligerent mine companies, and their managers – kicking and screaming – to solve this problem.”

A recent survey found one in five females had experienced physical acts of sexual assaults. A further 20 per cent had explicitly, or implicitly, offered career advancement or benefits in return for sexual favours. A third received requests for sexual favours and repeated invitations to engage in sexual relationships.

“Mining companies, at every opportunity, have failed to ensure that women can work in these environments safely,” Gandy said.

State Mines and Petroleum, Energy, Corrective Services and Industrial Relations Minister Bill Johnston promised to support anyone who speaks up about poor conditions.

“The McGowan government stands with the victim and we will support them in any way we can,” he said according to Seven West Media.

“WA Police are currently investigating and WorkSafe will identify if there has been any breach of the Work Health and Safety Act by the company.” 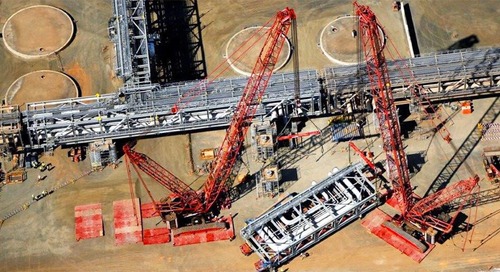 Authorities are questioning a foreign-owned company after reports emerged of a substandard work environment... 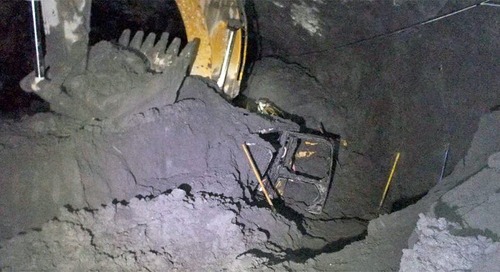