A mine worker has been found dead in an overturned haul truck at a USA gold mine this morning. The haul truck fatality has shocked local mine workers and their families who last month witnessed the first ‘gold pour’ at the mine.

A spokesman for the local law enforcement office said ‘Dean Pilcher, of Colorado, was found unresponsive in a haul truck at the gold mining operation.’ Mr Pilcher was an employee of contract miner N.A. Degerstrom, a company contracted for McEwen Mining who operate the ‘Gold Bar Mine’ in Nevada.

The McEwen Emergency Response Team workers were already on scene and seeking to treat and resuscitate the miner when emergency services arrived at the scene, but they were unsuccessful, and the man was pronounced dead.

McEwen Mining said in a statement “It is deeply saddened to report that a fatal accident involving a contractor’s employee occurred today at the Gold Bar Mine in Nevada. The Company has initiated an investigation into the accident, we are working with our contractor and the local authorities to determine what happened.”

Rob McEwen, Chairman and Chief Owner said, “We are all deeply saddened by the tragic loss of life on our mine site. Our immediate focus is to support his family, friends and colleagues at this most difficult time. Safety for everyone on our mine sites is our highest priority, an investigation is underway to determine how this happened.”

Authorities said the manner of death is still under investigation pending autopsy results.

The U.S Mine Safety and Health Administration is also reportedly carrying out its own investigation into the haul truck fatality incident.

The Gold Bar Mine is located 35 miles northwest of Eureka, Nevada. The property has seen historic mining from 1988 to 1994 by Atlas Precious Metals Inc. McEwen Mining Inc. acquired the property and began active exploration in 2011. The current project consists of an open pit mining operation delivering ore to a crushed heap leach with solution being processed through an ADR plant and refinery. 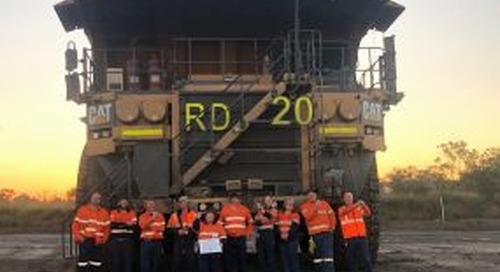 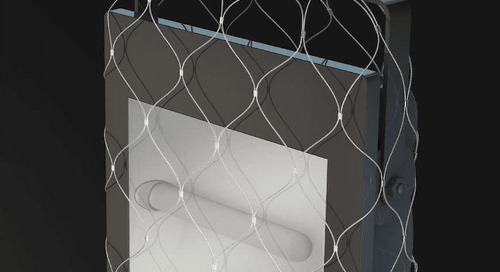 Dropsafe, a global provider of falling object protection system technology, has signed a partnership with P...