More than a dozen workers infected at processing plant

A growing number of employees caught a highly contagious disease at a resource extraction facility.

A further 87 team members have been identified as close contacts and placed in quarantine. Nearly 84 per cent of them produced a negative test result while 14 individuals are still waiting for confirmation, according to the Western Australian Department of Health.

The outbreak prompted the proponent to temporarily suspend construction at the Wellesley work site, about 24km northeast of Bunbury.

“Some people have been given some information while others have none,” AMWU state secretary Steve McCartney said according to News Limited.

“That creates genuine fear around infecting other[s] but, more importantly, when they go home to their families are they potentially infecting their partners and children?”

The State Government suspects the plant’s jump in COVID-19 cases might be related to new infections across the broader community.

“The nine [cases in Bunbury] … relate to Albemarle in one way or another and everyone who works on site is vaccinated,” Premier Mark McGowan said according to WA Newspapers.

“There are around 30 contractors on site but one contractor and one work area in particular have been affected.”

McCartney hopes the employer will learn from this experience and implement a COVID-19 response plan on top of existing staff vaccine requirements.

“There is no real policy about having a covert action plan on the job because, if they have got one, it is not working. These guys are still getting together on [crowded] buses going to work in the morning, there are no [split or] staggered shifts and there is no real evidence of any cleaning regime changes,” he said according to the Australian Associated Press.

“I cannot walk on a site without telling them how many injections I have had and when my next injection’s due and if I have done a test, so I am wondering why they do not have to follow the same responsibilities.”

The proponent confirmed all plant workers have been vaccinated and the site is complying with official health protocols. Employer fined for not immediately reporting accident and ‘disturbing’ evidence

An earthmoving company will pay for its alleged poor handling of a workplace accident. Hamiltons Blasting S... Employer retrains hundreds of workers for mine automation

A multinational resources company and CAT equipment supplier are quickly instructing employees how to work ... An employee learnt the hard way to take greater care when exiting machinery. One operator was recently hospitalised with serious injuries after falling from his dozer. The worker had finished […] Employers will have to fit more innovative motion inhibitors to reduce the risk of workplace accidents. New road-registered heavy vehicles must be able to detect likely forward collisions, warn... A foreign and unqualified craftsman unsafely performed demolition work, a judge ruled. The Brisbane Magistrates Court recently fined a tradesman who allegedly removed asbestos in a way that... Transforming for a Sustainable Future: The Expert-Packed QME Seminar Series

The Queensland mining sector’s thought leaders are gearing up to share their insights at the Queensland Mining and Engineering Exhibition (QME) from 19-21 July, with the event’s Seminar Series... How can we make the industrial world safer? This question has always been a leading topic of discussion here at Dräger and of course constantly in the minds of safety […] A multinational resources company is keen to hear about substandard employment conditions. Rio Tinto management recently invited employees to come forward with their experiences in workplace... Safety rating expiry could force Nissan Navara out of mine fleets

Employers might have to postpone ordering a heavy duty pickup truck, if its Asian maker cannot prove occupants will be very safe during a crash. Nissan Motor Corporation’s five-star safety […] 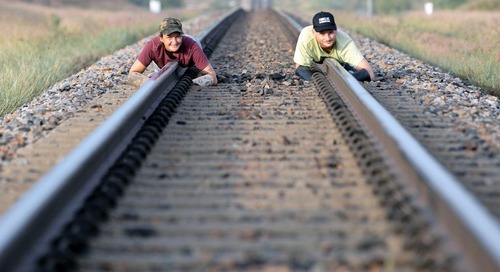 Environmental activists risked their own safety to oppose a new mine expansion. Extinction Rebellion supporters Michael and OJ thought it was a great idea to lock their limbs, and precariously […]

Read Article
Part of mine roof swings down and hospitalises worker

Ceiling support infrastructure became loose and severely injured a resources employee. A mine worker was recently rushed to the emergency department with two broken ribs and a lacerated lung due […] A coal operation that was rocked by death will soon resume operating in Central Queensland’s Isaac region. Anglo American recently confirmed preparations are underway to restart its Moranbah North...

A resources executive expects the number of sick employees will soar as a growing number of Australians regularly fly again. Evolution Mining confirmed at least 10 workers tested positive to […]