The NSW Resources Regulator has accepted an Enforceable Undertaking from Mt Arthur Coal Pty Limited valued at $1,090,750 following its investigation into an incident involving serious burns to a CMW during tyre handler refuelling at the Mt Arthur Coal Mine near Muswellbrook in August 2017.

Chief Investigator Steve Orr said the investigation found a worker suffered serious burns to his face, neck, torso and arms as the result of a diesel fire that started while he was refuelling a tyre handler at the mine’s heavy vehicle refuelling facility.

“This is the highest value mining work health and safety undertaking accepted in NSW to date. It will deliver significant engineering improvements at the mine, industry training and vital monetary support for the region’s Rural Fire Service.

“The Regulator accepted the Enforceable Undertaking as it will deliver tangible benefits to the workforce and community that could not be achieved through prosecution action alone.”

Mr Orr said lessons from the investigation have been shared widely with the mining industry using digital animations to demonstrate exactly how the incident happened as a prevention tool.

“These animations are the first of their kind to be developed by a work health and safety regulator anywhere in Australia and are aimed at helping the industry address safety issue,” Mr Orr said.

The Regulator has also commenced prosecution proceedings against Otraco International Pty Ltd for an alleged breach of the Work Health and Safely Act 2011 (the Act) arising from its investigation into the incident. The matter has been set down for the first mention in the District Court of NSW on 16 September 2019.

As the matter against Otraco is now before the court, the Resources Regulator is unable to make further comment.

A copy of the Enforceable Undertaking and reasons for the decision can be found here.

The Regulator’s investigation report can be found here. 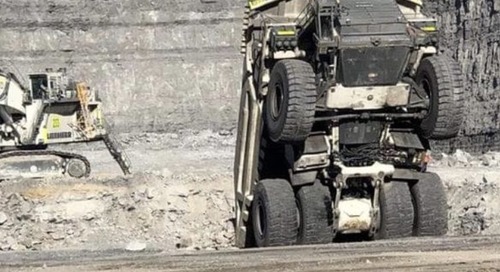 A haul truck has been involved in an incident which saw the truck tip backwards onto its’ tailgate followin... Researchers from the Sleep and Chronobiology Laboratory at the University of South Australia examined wheth...