A communicable disease has been diagnosed several times at two mines owned by a multinational resources giant Queensland Mining & Energy Bulletin has reported. It follows a Gastro outbreak at a mining camp one month ago.

Six cases of scarlet fever (a communicable disease) has been reported at BHP’s South Flank Iron Ore Mine and Area C Iron Ore Mine, each about 100km northwest of Newman in Western Australia’s Pilbara region.

A BHP spokesperson confirmed there are three cases at each of the mines, and the proponent has already taken the necessary steps to treat infected personnel and quarantine the disease from spreading further.

A further four workers who are also believed to be experiencing the typical symptoms of a red rash, sore throat, swollen glands and chills have also been quarantined for a medical examination.

“It is spread by respiratory droplets by coughing and sneezing and touching contaminated surfaces and putting them into your mouth, just like those viruses that we are trying to avoid like the coughs and colds and the influenza,” AMA WA president Omar Khorshid told 6PR Newstalk. “It is exactly the same and that is one of the reasons why it is very important that someone who has a sore throat to take antibiotics very quickly. Number one to feel better and, number two, not spread the disease to other people.”

Khorshid also recommends washing hands, brushing teeth and covering the face while sneezing and coughing. This lessens the risk of the spread of communicable disease.

“It is simple hygiene but the important thing is when you have a very severe sore throat with high fevers and swollen glands that may be more than just a virus and it may be worth seeing a doctor and taking antibiotics,” he said. “It also limits the downstream effects, which include quite serious things such kidney damage and conditions like rheumatic fever which is largely gone in the Western world except for in the Aboriginal population.” 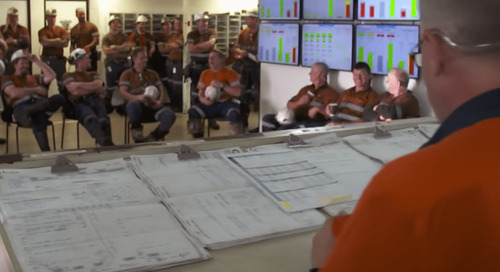 One of only two men to survive the Pike River mine disaster is working in a Queensland mine and has now sha... 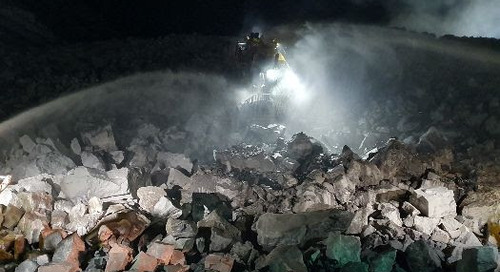 Dozer burns on blast heap and coal mine

The NSW Resources Regulator has issued an alert on a dozer fire at a NSW open cut mine where fan operator e...