A Brisbane-based drone company has secured $US2.45 million in international capital investment to expand its tactical Unmanned Aerial Vehicle business into overseas markets, following a range of government support.

The drone’s developer, Skyborne Technologies, is a small, innovative start-up company that spun-off from the $70 million AUD HiFIRE / SCRAMSPACE hypersonic programs. Skyborne was formed in 2014 and has a combination of PhD and experienced aerospace engineers.

While the Cerberus GL UAV has been designed for battlefield applications. It may also find a place in mining given its unique lightweight design and its’ tilt-rotor airframe whcih enable the drone to travel at speed as well as hovering.  The UAV weighs in at less than six kilograms and it has the capability to provide user aerial support on the battlefield in addition carrying a variety of payloads.

Skyborne said that it is the lightest armed tactical Unmanned Aerial Vehicle of its class.

“Skyborne is continuing to kick goals and was recently selected to participate in the US Army Manoeuvre Battle Lab’s Army Expeditionary Warrior Experiment,” Ms Jones said.

“At an international Krypto Lab’s Drone Innovation Startup Contest in May 2018, they placed third against 600 other companies.

Skyborne Technologies CEO and Director Dr Michael Creagh said that although the Cerberus GL weighed less than six kilograms it was capable of providing aerial fire support at the squad and platoon level. It could also be used to deploy flash or smoke grenades to assist with counter-terrorism and law enforcement initiatives.

“It has been an amazing two years for Skyborne under Advance Queensland’s Ignite Ideas program, securing a Series A round of investment to expand our engineering team and manufacturing capabilities to deliver a commercialised product to interested parties,” Dr Creagh said.

“Raising capital for the next generation of tactical Unmanned Aerial Vehicle s is not an easy undertaking and without grant programs like Ignite Ideas, companies like ours face an even greater struggle.”

“With the continued support from the Queensland Government, Skyborne will contribute towards the focus on strengthening Queensland’s defence and manufacturing industry. The export opportunities are endless and we’ve received some serious interest from the US and the Middle East.” 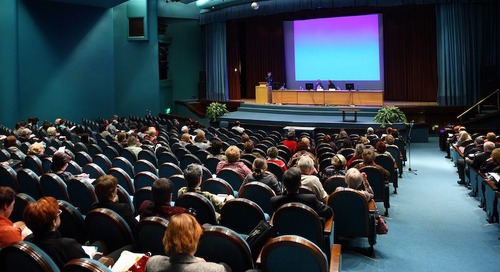 The Workplace Health & Safety Show is just around the corner! Over two jam-packed days (22-23 May) the grea... 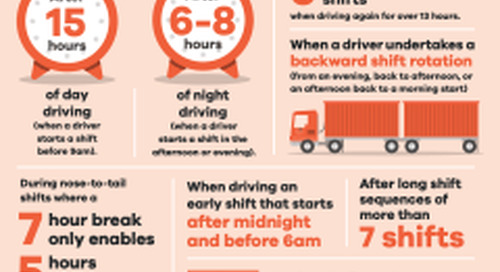 Fatigue management for truck drivers is an important element of keeping our roads safe. While the mining in...